The American Empire formally celebrates its military’s achievements on three holidays: Memorial Day, Independence Day, and Veterans Day. While the first two have been successfully solidified in our cultural consciousness, the third remains something of a puzzling afterthought. Hitherto, no one has learned how to market or commercialize it, at least not effectively: for decades, Hollywood has released big-budget blockbusters-to-be over the Memorial Day weekend, and even those living under a rock cannot ignore the obsessive-compulsive promotion of the Fourth of July. Meanwhile, Veterans Day has no signature capitalistic event, notwithstanding a few clearance sales at the local car dealership. Most of us have to check our calendars twice, just to see if we get the day off from work or school.

This year, Veterans Day falls on a Monday, and the three-day weekend presents a rare opportunity to squeeze some dollars out of the holiday. The Lions Gate Entertainment Corporation decided to do precisely that, releasing a patriotic action film titled Midway: set during World War II, the film mourns the deaths of Americans in the attack on Pearl Harbor and the subsequent Battle of Midway while celebrating the brutal demises of Japanese soldiers. While such a simplistic moral reduction of American military activity is nothing new (especially for the film’s director, Roland Emmerich, the man behind similar propaganda pieces like The Patriot and White House Down), the timing of this particular release is interesting, and not just because I recently read this printed on a bumper sticker: “Without Pearl Harbor, there wouldn’t have been a Hiroshima.”

The timing is of note because the American Empire is struggling to inspire jingoism in its citizens. National pride, which is a graceful way of saying “nationalism”, is a difficult selling point today, as Americans are struggling to reconcile their governmental and cultural dysfunction with their shallow understanding of American exceptionalism. The abundant evidence of our decadence and mediocrity, symbolized by the incompetents and charlatans in Washington, poses a psychological obstacle to the propagandists, who want us to cheer and applaud and love America unconditionally. Alas, America hasn’t earned our love, and so, the propagandists must convince us that it has.

Usually, the simplest way for the Empire to generate the illusion of love, or the illusion of deserved love, is to direct our attention to our military, which, we are told, has defended us from any number of foreign evils for centuries. We lack the time and space to counter the dishonesty of these various depictions of foreign evils, but suffice to say that, the closer we move to the present, the more ambiguous becomes the bogeyman selected by the Empire. Only a fool would try to defend Hitler’s moral standing, but why exactly were we messing around in Vietnam? What threat did Saddam Hussein pose to the United States? Was Gaddafi’s governance really any of our business? None of these questions will sit well with the Empire, which demands intellectual submission to justify its frightening programs.

You will notice the paucity of patriotic films based on the American invasion of Vietnam, Iraq, and Libya, especially relative to the glut of celebratory, optimistic films based on American military action in the Second World War. The political, philosophical, and ideological differences between Apocalypse Now and Midway could not be vaster, and while there was a time when the Empire could tolerate a film like Apocalypse Now, the day of reckoning for the Empire draws near, and moral ambiguity, moral questioning, and moral introspection are luxuries we cannot afford. Concordantly, a procrustean approach to patriotism is needed, and the people must be reminded of their military’s supremacy, lest they question their government’s supremacy.

However, the internal contradiction nears a breaking point. The Empire cannot justifiably celebrate its last seventy-five years of military activity. Millions of Americans were born, lived, and died without ever having witnessed their military make the world a better place, and as we move further and further away from the “acceptable” points of historical celebration (like World War II), the government’s emphasis on the distant past becomes suspicious—at the very least. In the year 2041, are we still going to produce films glorifying American military action in World War II while we ignore everything that has happened since? This awkward obsession with a bygone age, an age that is already all but inaccessible to the current generation, is already proving to be a failed selling point in the patriotic bazaar, which may explain Midway’s poor performance at the box office.

Speaking of Midway, can anyone explain to me why this film was released on the weekend before Veterans Day? The Japanese bombed Pearl Harbor in December of 1941, the Battle of Midway occurred in June of 1942, and Veterans Day pertains to veterans who are alive, whereas everyone depicted in this film has been dead for decades, and so would be recognized during Memorial Day. By releasing the film in the middle of November, Lions Gate was obviously looking to capitalize on the ubiquitous cultural jingoism—the NFL, for example, dresses up its personnel in camouflage as part of its cheesy tribute—but the approach is incoherent, the result embarrassing. Conversely, if the American Empire does not have a reason to celebrate its military achievements, then its aggressive insistence on doing so through a holiday such as Veterans Day is not only unbecoming, but unsettling.

Rather than compel us to celebrate an achievement that doesn’t exist, to immerse us in maladaptive fantasy, perhaps we should eliminate one of these militaristic holidays and replace it with a formal recognition of our own faults, our own failings, our own wrongdoings. This is an inexhaustible subject of study even for the best among us, and one can scarcely imagine the benefits, intellectual as well as psychological, of taking a sustained look in the mirror and asking ourselves, “How can we do better? How can we be better?” These militaristic holidays achieve precisely the opposite effect, encouraging us to believe in our own unrelenting excellence, even in the face of overwhelming and immiserating evidence to the contrary.

In case the point is not clear, the day of introspection would not be reserved for veterans, but for all Americans, for we are all guilty of many awful acts. I would recommend striking Veterans Day from the calendar and replacing it with Yom Kippur, the Jewish day of atonement and fasting, both of which would obviously redound to the American people. This would actually bring us a little bit closer to the source of Veterans Day: it emerged from the tradition of Armistice Day, a date on which the First World War was commemorated. Somehow, that occasion, somber and universal, was reduced to a distinctly American celebration of American supremacy and greatness. While replacing Veterans Day with Armistice Day would certainly be an improvement on the current format, maybe we should go one step further, eliminate the jingoistic sentiment altogether, and take the time to acknowledge where we erred yesterday so that we can do better tomorrow. Just a thought. 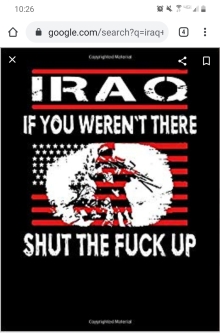 One thought on “Replacing Veterans Day with Yom Kippur”