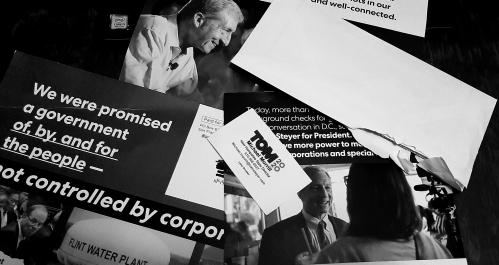 This is gravy time, folks. We have reached that sluggish state of Christmas post-mortem, the viscid spot on the calendar when the leftovers fossilize, the garbage collectors disappear, and no one can say what day it is. We are living out the climactic dyspepsia of the dying year, impatiently waiting for 2019 to give up the ghost and, with its final labored whimper, let us metamorphosize to 2020. As we brace for penetration of that psychic wall dividing the old year from the new, we close our eyes and hum our favorite lullaby: the vivacious melody of our new year’s resolutions. The cynical function of these hopeless resolutions is to reassure us that things will get better—and they do, for, from our comatose condition at the end of the year, things couldn’t possibly get any worse.

Don’t think I’m above this squalid custom: I haven’t shaved or sobered up since Friday afternoon, and I still have to read three more pages of the Book of Kings just to maintain my regimen. If 2020 is to be of benefit—to me or to anybody else—then we must begin the year by purging ourselves of this bile, this toxicity that reduces us to vegetative vestiges for the final week of December. This bile is both psychological and physical, the latter manifesting in the cruddy clutter we so cheerfully toss into bin, though usually not until two or three months into the year. I’m already making some progress, trashing a brittle ladle from twenty years ago and junk mail of more recent memory.

Aggressively though I fight to keep my name off of their multilayered mailing lists, the presidential candidates always find a way to stuff their fluff into my mailbox. Tom Steyer, who appears to have changed his name to Tom Democrat, has already sent me three flyers and counting, and we’re still six weeks away from the New Hampshire Primary. Steyer has been wasting paper on me since the September convention, when Michael Morrill, his majordomo, handed me his business card after I made it clear that I was uninterested in working for his campaign. Now I regret turning him down: I could have sabotaged him as best as I was able, though I might have felt the vaguest compunction for betraying a man whose business card was “labor donated”.

Maybe Michael Bloomberg should steal this description. “Those prisoners who made calls for my campaign were just donating their labor!”

That card, the fuzzy ink whereof is fading quickly, lies to my left this morning, while the collection of flyers lies to my right. Steyer introduces himself as an aggressive progressive—a praggressive who “beats” and “defeats” and “conquers” his foes, his foes being Big Tobacco, Big Oil, and other menacing personifications of greed. Absent from his chronicles of populist crusading (as illustrated by photographs of him marching in parades with his sleeves rolled up) is any explanation of how he became a billionaire, or even an acknowledgment that he is a billionaire. He doesn’t brag about his extensive experience on Wall Street, managing hedge funds for Morgan Stanley and Goldman Sachs, nor does he pride himself for establishing Farallon Capital, a multinational investment firm recently valued at twenty-one billion dollars. Perhaps his extensive experience in these industries explains how they are still thriving today, despite Steyer’s supposedly relentless activism.

You know Tom Steyer is a progressive because he wears pink hats and poses for pictures with colored people.

“Activism” has an interesting and fluid definition in the Trumpish Age. As I explained in my most recent interview with Helen Buyniski, campaigning for a politician is considered activism as well as charitable volunteering. I’m not sure if Steyer believes his sizeable donations to the Democratic Party are charitable giving, but his most significant accomplishment in activism was, according to the first flyer he sent me, running “the largest youth voter mobilization effort in American history, helping double turnout and win back the House in 2018”. Aye, he helped to “win back the House” for the Democratic Party, one of the most powerful organizations in the world, yet, on the same flyer, he expresses his dream of “reducing the influence of corporate money in politics”. We have yet to receive word on whether Steyer’s effort was more beneficial to society than any of MTV’s Rock the Vote campaigns.

Steyer’s resume—which might as well be Ken Lay’s, or that of some other neoconservative in the George W. Bush era—seems to be so garishly unbecoming that he hasn’t even bothered concealing it. Typically, an establishment Democrat doesn’t have to worry about his or her Wikipedia page, yet Steyer’s is replete with lurid disclosures, including the shocking revelation that he has invested $90 million in the private prison system. From the same source, we learn that Steyer, who promises to declare “a state of emergency” to undo global warming, profited greatly through his investments in coal, an industry that has become a punchline for Steyer, Bill Maher, and other Democrats when criticizing Trump’s environmental agenda. If President Steyer does mobilize executive resources to “combat” climate change, then we expect opportunistic businessmen to volunteer to be the first responders.

My associate D. Pearce SSC reports that Steyer has put up $20 million of his own cash to promote his campaign, a few cents of which were spent on these flyers. My own suspicion is that Steyer is investing, not in an earnest bid for the White House, but in a public persona that can be sustained beyond the next election. He wants to build his brand as Herman Cain did eight years ago, except that Steyer the white man is unlikely to be hindered by rumors of sexual impropriety. You can spot the insincerity in Steyer’s boast that he called for Trump’s impeachment long before Ukrainegate, as if this somehow makes him qualified for the presidency: if he plans to best Trump at the ballot box in 2020, then what does impeachment have to do with the price of tea in China?

We could investigate Steyer’s claim that he knocked Big Tobacco out of California, but how bold and principled does one have to be to reject the patronage of the tobacco industry in 2019? Isn’t it more profitable to side with the government and perpetuate the massive taxes on smoking? Even if Steyer demonstrated a morsel of moral fiber in his supposed defiance of Formerly Big Tobacco, it would be the exception to his own rule. As I mentioned above, we must always be suspicious of famous politicians, but Steyer’s ponderous dishonesty is just too indelicate in the Trumpish Age. He’s an unctuous, conniving, self-serving scarecrow, a freeloading speculator reminiscent of the archetypal villain of your preference. When his publicity stunt reaches its inglorious finish, it won’t be hard to see why it ended in disaster: all we have to do is follow the paper trail. 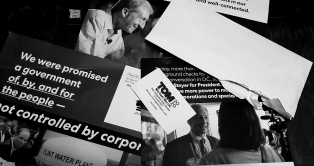