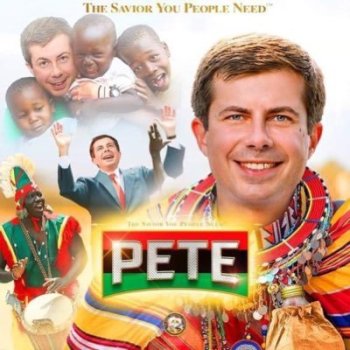 “Does Joe Biden have dementia?” This has become the quintessential question of the Democratic Party’s presidential primary season. We have ceased to ask ourselves, “Who is the best candidate?” or even, “What makes an ideal candidate?” Instead, we are wondering, in absolute sincerity, if the presumptive nominee is medically capable of performing tasks that are much less demanding than conscious governance of the American Empire. It is an existentially embarrassing reflection of our political system’s incorrigible dysfunction, but it is not a guarantee that Biden’s bid for the White House will fail. He still has a perfectly credible chance because he has spent the last fifty-two years of his life proving his commitment and obedience to the maintenance of the Washington machine, a contraption of such nightmarish convolution that it cannot possibly be altered or improved, but must and will eventually be replaced. Perhaps it was not an ominous warning, but a simple remark of demonstrable fact, when he told an audience of millionaires last summer that, should he become the president, “Nothing fundamentally will change … I need you very badly.”

Unfortunately, exposing himself as an effective mechanism of the political-industrial complex is only part of the challenge. He must also convince the electorate, comprised largely of peasants and the bourgeoisie who will eventually take their place, that he commiserates with them. That is rather difficult for Biden, whose insipid style and plodding approach are sadly incompatible with the wild and frantic postmodernism of the Trumpish Age. We should not use postmodern as a pejorative or exclusionary word: we are all impacted psychologically by the eruption of the Internet, we are all growing hostile and desperate as the Empire wobbles, and we all recognize, if only subconsciously and imperfectly, that we crossed the point of no return somewhere in our journey hitherto. It was the same point at which Biden became an anachronism, not because his policies contrast with the establishment’s, but because he can’t distinguish himself as the establishment receives a fresh coat of paint.

Nobody is drawn to Biden’s dull, dreary colors, none but the outgoing generation of baby boomers. Notorious for their passivity, creative bankruptcy, and unconscious apathy, baby boomers are the grotesque embodiment of the status quo, resenting nothing with greater ferocity of suspicion than serious solutions. Possessing none of these, Biden has made an indelible impression on the group most frightened of the coronavirus, yet the same inefficacy and weakness of heart have made him a laughingstock among the millennials supposedly spreading the disease. It is this, the palpability of the generational divide, rather than the rumors of Biden’s degenerative neurological condition, that poses the most serious threat to the Democratic Party’s presidential campaign. As a result, the Democratic National Committee is calling on favors from its loyal associates in the entertainment industry as part of a desperate effort to convince the fertile to vote for the flaccid.

Last week, a serious and unsettling step was taken towards this end when Pete Buttigieg hosted a complete episode of Jimmy Kimmel Live. I’m not sure if this is unprecedented, an active politician hosting an episode of a cable talk show—I’ve never enjoyed this subgenre, in particular Kimmel’s unlettered commentary—but there is an unmistakable difference between such an event occurring twenty or even ten years ago and such an event occurring today. In the current climate of relentless and unapologetic partisanship, yielding control of the program, even if only temporarily, to a party loyalist and a party insider takes us awfully close to proselytization outright, to propaganda in the classical sense. Hollywood and Washington did not begin their relationship in the Trumpish Age, but the ongoing blend and amalgamation of media and state appears to bring the marriage near its consummation.

The selection of Buttigieg is especially disconcerting to anyone who paid attention to his fight for the Democratic Party’s nomination. Buttigieg is a military imperialist who parrots the Pentagon’s shameful rhetoric on Syria, Iraq, and Venezuela. His pseudointellectual defense of our cataclysmic foreign policy is usually littered with boastful references to his own military service, which, as the Wall Street Journal observed in January, he exaggerates grotesquely. His impassioned enthusiasm for international conquest is so unchecked that he never brought himself to defend Tulsi Gabbard, the only other veteran in the presidential race and the only candidate advocating for an end to our global empire. On the contrary, he ridiculed her call to communicate with foreign leaders, and on this episode of Jimmy Kimmel Live, he mocked her for remaining in the race. The scant neoliberals in the audience, and the hundreds of thousands more on social media, savored this unprofessional insult, and in doing so, they proved that they are not sincere when, on other occasions, they feign shock to “learn” that Gabbard is still running.

Buttigieg didn’t call for destructive military intervention in his introductory monologue on Jimmy Kimmel Live. He wasn’t there to sell the Democratic Party’s official platform; he was there to sell himself, to convince Kimmel’s audience that he is more than just a political personality. His goal, or the goal of the DNC, was to present him as a man of good humor, a man who is willing to laugh at himself, a man who is likable, relatable, and personable—frightening descriptions of a man who applauds the annihilation of entire nations. Nonetheless, this undeserved humanization is necessary if Buttigieg, who resonated somewhat successfully with millennials, is to convince youthful voters to show up and vote for Biden in November. “Shut up and vote,” if we are to be clear, for most of the voters under the age of forty are still holding out hope for Bernie Sanders.

To be clear, the only hope for Sanders is the coronavirus, which just might convince Biden’s core constituency of the undead to stay away from the polls, lest they contract their final, lethal illness. Alas, all of the considered evidence suggests that Biden shall inevitably secure the nomination, at which point he can rely on Sanders to encourage his crestfallen supporters to vote blue, no matter who. Such an exhortation is helpful, but inadequate: if the millennials are too lethargic to vote for Sanders, a candidate whom they actually like, then who can honestly expect them to hit the streets for Biden, a candidate who they might not even know served in the Obama Administration? Biden will play no serious role in convincing the youngsters to support him, and so, Buttigieg is out there, laying the groundwork for a humiliating feat of intergenerational outreach.

If Buttigieg can’t get the job done—I know of no reason to believe he can—then perhaps Elizabeth Warren will be the decisive figure. In the winter of last year, when Kamala Harris perished by her own hypocrisy and Tulsi Gabbard drowned beneath the most sexist stereotyping I have ever seen in twenty-first century politics, Warren stood to attempt unsuccessfully the sublimation of fourth-wave feminism. Her appeal, it seemed, was limited to, at best, a majority of college-aged women and the most committed of Hillary Clinton’s apologists. Still, there are plenty of influential people in the DNC who think she can convince white women to stand behind Biden, and that is why, just a few days before Buttigieg substituted for Kimmel, Warren appeared on Saturday Night Live. In theory, this would help her expand her appeal among younger voters, too—although all voters are “younger” than Biden’s voters—but at the same time, you have to ask yourself: with the possible exception of The Simpsons, which should have been cancelled many years ago, is there a mustier relic of an outdated culture than Saturday Night Live, which even my parents have never bothered watching?

We will not make the amateurish mistake of assuming prematurely that the Democrats, who might spend as much as $5 billion between July and November, cannot learn from these blunders in time to force Trump out of the Oval Office. We will, however, take some measure of unwanted comfort in knowing that the propagandistic methods of the political establishment, including the political-media establishment, are becoming overwhelmingly transparent. Only the irredeemably stupid, to borrow Matt Cale’s unforgettable term, will fail to observe the structure and the aim, but such will be the fate of a stupefying share of the American people. With that being said, perhaps we should dispense with the expatiation and mutter to ourselves Joe Biden’s promise: “I want to be clear, I’m not going nuts.”

For additional reading, I would recommend “Buttigieg’s War and ‘The Shortest Way Home’” by Greg Kelly and Katie Horgan, mentioned above and published in the Wall Street Journal. Hover over the link below:

One thought on “State Media: Cultural Outreach with Buttigieg and Warren”