We extort, we pilfer, we filch and sack

Drink up, me hearties, yo ho!

Maraud and embezzle and even hijack

Drink up, me hearties, yo ho!

On March 16th, as millions of citizens of the wealthiest nation in recorded history were prohibited by legal decree from going to work and earning a living, yet simultaneously compelled by the same force of law to meet all of their financial obligations, a man named Tom Brady was commanding his valet to prepare his Aston Martin for an early exit. As this vehicle, valued at $360,000, turned the corner and poured its headlights over Brady’s face, could the driver spy the indignation in his eyes? Brady was leaving the mansion—one of the mansions, excuse me—owned by Robert Kraft, a geriatric billionaire with a penchant for prostitution and an affectionate relationship with Donald Trump. For the last twenty years, Brady had been one of Kraft’s employees, collecting over $230 million in modest compensation to throw a football and wear the New England Patriots’ jerseys. However, when Kraft asked Brady to take $23 million to do it again for four months in the autumn of 2020, Brady blew a wet raspberry, rather than swallow the insult, and announced his resignation. He wouldn’t be treated like some powerless peasant, and Kraft really ought to have known better than to treat him as such: surely he couldn’t be so boorish as to expect Brady to break his back for peanuts?

Forty-eight hours later, as landlords and slumlords throughout the country were battling the federal government to retain their right to demand rent from the unemployed, Brady was grinning hungrily as he signed a much more respectable contract. The Tampa Bay Buccaneers, owned by a group of stock and oil speculators with close ties to the Bush family, had agreed to pay Brady between $25 and $30 million to play football, minus those pesky state taxes that Kraft’s employees must pay in Massachusetts. As he signed his new agreement, Brady was wearing a Swiss watch decorated with elaborate military homage, and still available for sale at more than twelve grand. Perhaps he bought it to mark the occasion, or maybe even earlier, to celebrate the sale of his Los Angeles mansion, a transaction that netted Brady almost $30 million in profit. It’s unclear why he wanted to leave Los Angeles—or, for that matter, why he owns a separate home in Costa Rica—but he may have finally grown tired of the city’s homeless population, which threatens to exceed sixty thousand.

His new stadium in Tampa Bay seats sixty-five thousand, and ownership—it is less a person than a corporation—raised the price for season tickets at the same moment Brady agreed to the deal. It was a welcome development for a team that has struggled to draw sizeable crowds: fifty thousand spectators are dismissed as insignificant by the multi-billion-dollar National Football League. As of yet, none have questioned the sagacity of purchasing tickets to games that might not be held if the coronavirus continues to take its destructive course. The location of these games is particularly piquant, as the Sunshine State faces massive infection generally, which poses considerable risk to Tampa Bay’s notoriously elderly burghers.

Even if the games could be played, it would be awfully hard to justify spending hundreds of dollars on tickets. The optimists anticipate a national unemployment rate of 25% by the time the summer heatwave flows, while several of our less insouciant peers foresee a figure closer to 40%. However the final numbers come together, discretionary income is in frightfully short supply, and it will be even scarcer when the virus’s last victim expires. We must transcend this cascade of death before we can begin to envision our precipitous economic fall, and our elected officials are doing all they can to shepherd us through: the President of the United States fought tooth and nail to unleash the disease on Easter Sunday, but it seems his dream of widespread, instantaneous slaughter parallel to a righteous resurgence of the stock market must remain unfulfilled; meanwhile, Andrew Cuomo, who may or may not be planning a coup at the Democratic National Convention in July, is heaping abundant praise on himself as New York leads the nation in coronavirus fatalities, but he appears to have forgotten his own indispensable role in gutting the state’s Medicaid budget.

We may struggle to remain calm as we acknowledge our own government’s refusal to finance its own people’s medical and economic recovery, but we cannot honestly accuse the same institution of miserliness. On Thursday, as thousands of insufficiently wealthy Americans were denied testing for the coronavirus, the State Department announced a $15 million reward for “information leading to the arrest and/or conviction” of Nicolás Maduro, and $10 million apiece for equivalent information of several of his political associates. Roger Harris of Mint Press News and my own associate, D. Pearce SSC, have condemned these charges as a kidnapping bounty—extraordinary, considering that Maduro is still an official head of state, but not unprecedented, as the American government executed a scheme of comparable gangsterism against Manuel Noriega thirty years ago. Did Maduro, sitting in his office sixteen thousand miles away from Tampa Bay, learn of this development and ask: “Why was Assange worth ten billion dollars, but I am worth a mere fifteen million? Perhaps this is what they mean when they speak of ‘white privilege’.”

We will have detailed the economic consequences of the coronavirus long before we explain how the American government could allocate financial resources for anything other than domestic needs. When Daniel R. Depetris of Newsweek, who could not overlook the startling lack of priorities in this situation, wrote of “a nation already incapable of providing its citizens with the most elementary public services”, it was not immediately clear if he referred to Venezuela or the U.S. It is disquietingly easy to imagine the economic decomposition in which we are living, and which will become palpable, soon enough; it is much more challening to fathom why anyone would want to govern the United States as the brittle infrastructure fractures. Who would want to be the lead character in the final, nightmarish chapters of our tragicomic chronicle? Might this explain the conspicuous absence of Joe Biden from the national stage?

The only incentive for someone to lead our ill-fated country into the twilight is to claim a commission from the fire sale and, if one is fortunate, to strip the copper wiring from the walls. This is the work of a vulture capitalist, a beast which our nation breeds in abundance, albeit one whose cynical impatience was unsuitable for the golden age of presidential politics. The creature’s ungainly, haggard appearance is less distressing in the Trumpish Age, when vulgarity is quotidian and brutality is in fashion. We can expect more outward aggression as the American Empire crumbles in earnest, as the buccaneers seize the quickly sinking ship. They will find their cultural manifestation in Tom Brady, who will conclude his tired career by seizing as much treasure as he possibly can, lest he be accused of accepting his fate. 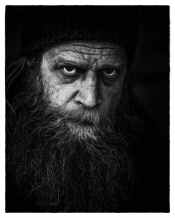